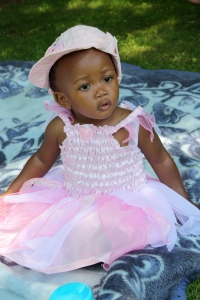 In my last post, I gave you an idea of the choice one has when adopting a child. Questions of gender, age and race, as well as others, have to be considered when walking this road. When you realise the weight of these choices, you need to take an honest look at what you think you are and are not able to handle.

After processing all of these choices we realised something important – we needed to decide how far we were prepared to go with this. We spent some time discussing this and working it out. We realised that there were some things people could get over or work through. Other things were “a bridge too far”.

Readers have responded well to this blog. Some have posted comments on the articles and others have spoken directly to me about what they thought. These conversations have been very interesting. The people who have spoken to me, have been honest and I appreciate that. The most intriguing comment made is, “I just don’t think I could adopt a child of a different race.” For them, crossing culture or ethnicity is a “bridge too far”. One of the things I have learned, when it comes to adoption, is that it is so important to operate within your parameters. Don’t be manipulated into doing something you don’t think you’re capable of.

I trust this doesn’t offend anyone but Liezl and I had to decide whether we could take a baby with AIDS. For us the answer was no. This was our “bridge too far”. While some of the reasoning is practical (children with AIDS may need special care), what it really came down to was this; our journey had already been a painful one and we didn’t think we could deal with the possibility of losing a child. Admittedly, we were ignorant at the time and were not aware of the treatments available. Many people have felt God lead them to adopt children with AIDS and God has given them the grace to do this.

Prev: Adopting Amo – Part 3: Not Everything is Black and White

Next: Adopting Amo – Part 5: We’re Keen, but Pick ‘n Pay is All Out of Orphans